This is vivo’s first folding smartphone, and it’s being called, appropriately enough, “vivo X Fold.” On April 11, it will be made official in China. Some information about the phone’s specifications have been revealed in the meantime in the form of an image taken from an offline marketing stand. Look at this: 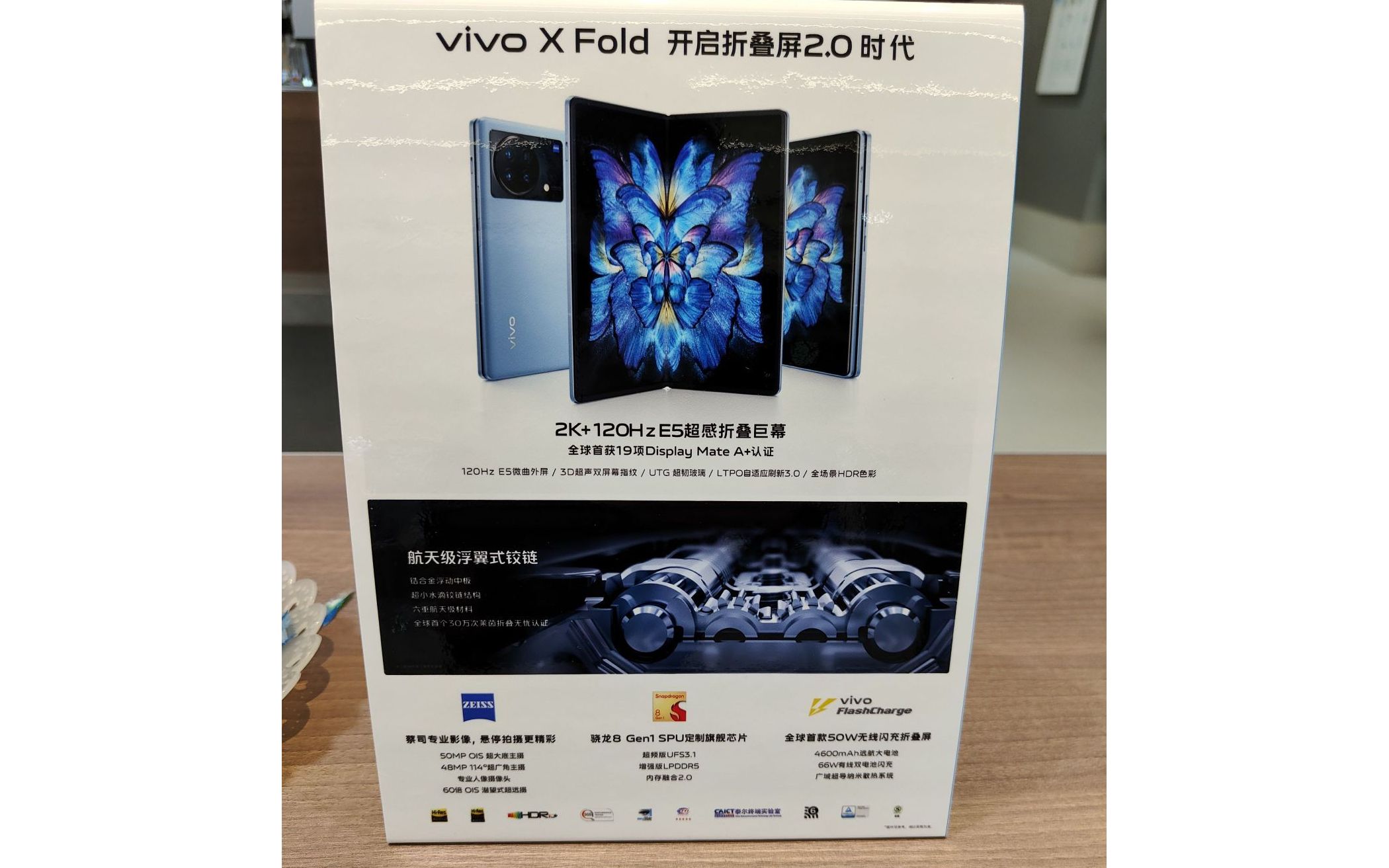 There are four cameras on the back of the phone, one of which is a 50 MP Samsung GN5 with optical image stabilisation (OIS) and Zeiss branding. It has a 48MP ultrawide, a 12MP portrait lens, and a 5MP 60x OIS periscope camera. According to reports, the vivo X Fold will feature Wi-Fi 6 and NFC.

TUV Rheinland has verified its hinge to work for 300,000 folds and unfolds on its X Fold, which has also matched or broken 19 DisplayMate A+ records. Due to the fact that this is all in Chinese, you probably guessed that the vivo X Fold will be available in China initially. Even if the Xiaomi Mi Mix Fold and the Oppo Find N were to reach worldwide markets at some time, we wouldn’t hold our breath.

However, it appears that only Chinese companies are placing significant bets on foldable technology, and this appears to be limited to the Chinese market. Since it means there is less competition in this market globally, it has to be a real pity.