This update to Telegram’s Premium service gives users an unlimited number of reactions, and it also enhances the functionality of the app on iOS

Updates to Telegram’s iOS and Android user interfaces, as well as the app’s ability to react to chat messages with emoji statuses, have been announced.

To kick things off, Premium subscribers can now choose from “an endless number of reactions.” Up to three animated emojis can be sent in response to a single message. Last month, Telegram introduced its Emoji Platform, which enables users to share their own unique animated emoji creations. New emojis and emoji packs can now be displayed in the enlarged emoji panel.

In order to accommodate customers that don’t pay for Premium, we expanded the single row of available reactions.

Premium users can now use emoji statuses, allowing them to use any emoji (both standard and custom) on their profiles. Your Emoji Status can be configured to disappear after a specified amount of time. Tap and hold the Premium badge on your profile to access the Emoji Status menu.

In the new structure, username.t.me, each user’s link is uniquely theirs. Telegram channels and groups are also affected by this new link type. Despite the fact that the transition from the previous t.me/username style isn’t drastic, some users may find typing the slash symbol to be an annoyance.

The upcoming changes will only affect Android or iPhone users. Let’s begin with Android, shall we?

The Android operating system now allows users to prioritize downloads as they occur. Now you can rearrange your downloads by pressing and holding the one you’re currently using (iOS already had this feature).

When accessing and closing photographs or videos on Instagram, the Android UI now features some new animations. At the same time, the Telegram icon can now be used with Android 13’s theming system. 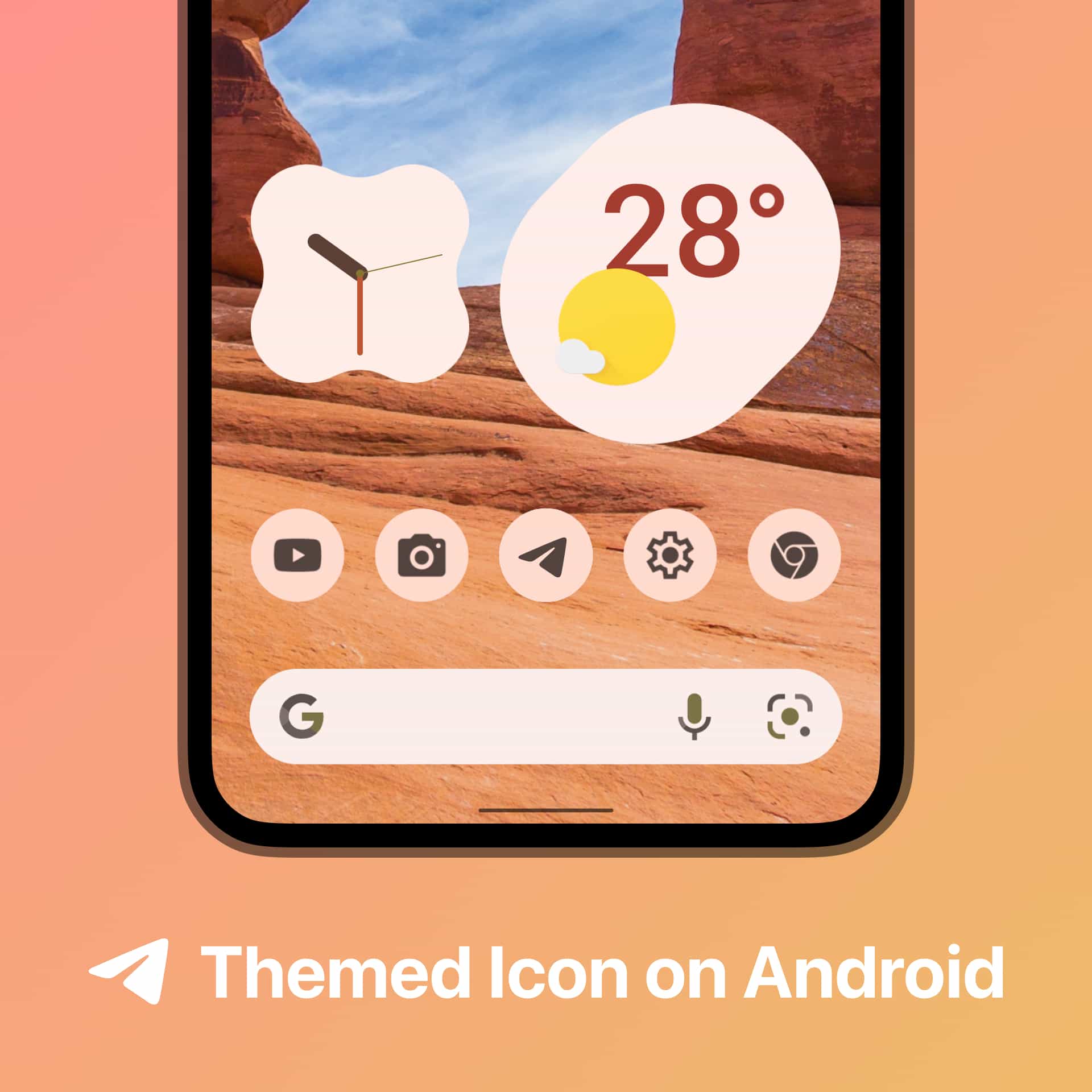 Both the iOS and Android versions of Telegram now support Sign in with Apple or Sign in with Google, and the iOS version features a more colorful setup screen with moving symbols.