For the Galaxy Z Flip3, Samsung released an October 2021 security patch in Korea last month. It was rolled out for unlocked units in the US earlier this month and is now seeding to the Galaxy Z Flip3 worldwide.

The international Galaxy Z Flip3 October 2021 update includes firmware with version F711BXXU2AUJ7. More than 60 security and privacy-related issues have been fixed in the patch, and the changelog mentions improved device stability as well.

The new build also adds portrait mode support for pets, allowing you to use the Galaxy Z Flip3’s front and rear cameras to take portrait photos of cats and dogs.

You can manually download the update from your Galaxy Z Flip3’s Settings > Software update menu until it reaches all global units, which should take a few weeks. 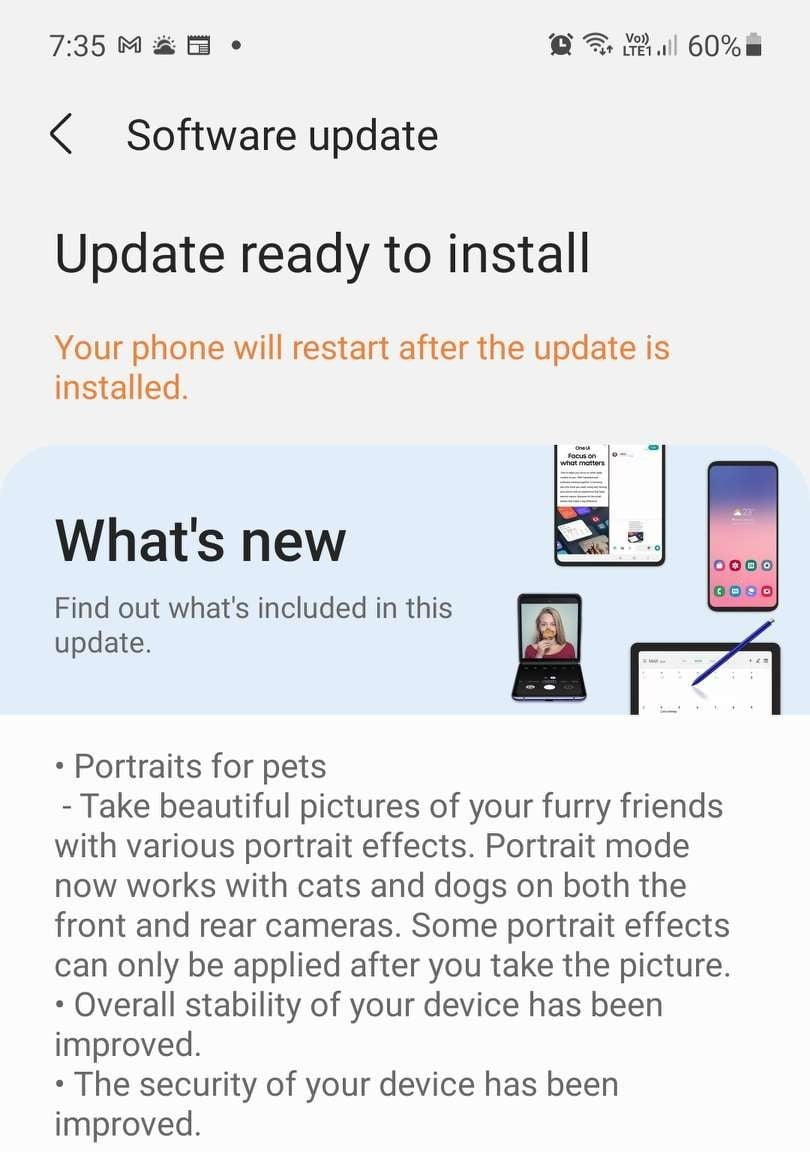 Beta 3 of One UI 4 has Begun Rolling Out, and It Includes a New Weather App as Well as Improvements to the Animations