In April, vivo introduced the X Fold foldable smartphone, and now, on September 26, the company has revealed that the Plus variant would be introduced. Launch festivities in China will get going at the usual 7PM local time. 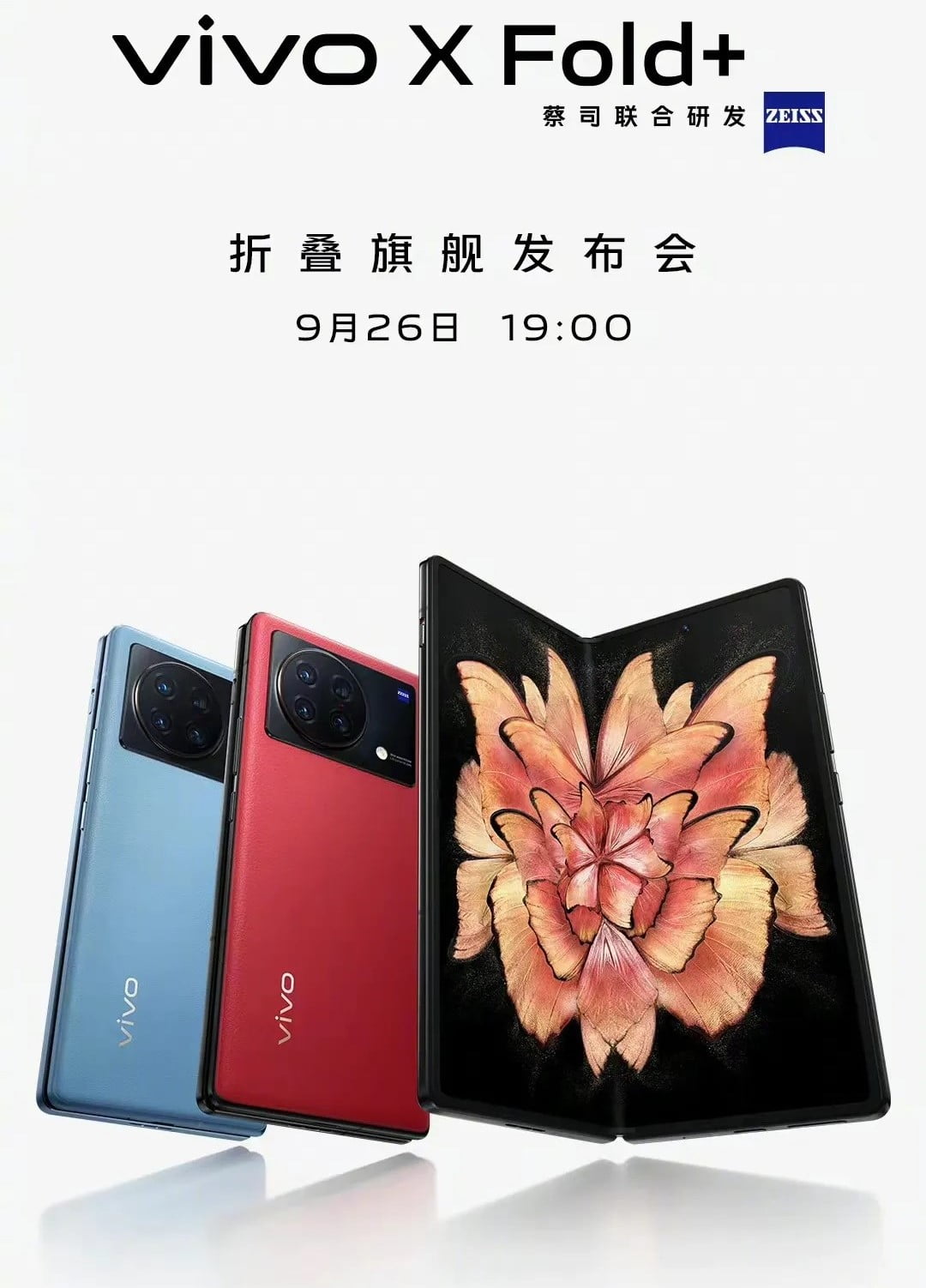 A strong will evolve in a strong manner, according to vivo’s explanation of the “+” in X Fold+. It is not clear whether vivo is implying that the Plus model is more long-lasting or is making some other kind of allusion.

Vivo has also released a photo showing the exterior of the X Fold Plus. Red variants of a phone that resembles the vivo X Fold are currently available. The standard version was available in black and blue.

Vivo hasn’t released a full list of X Fold Plus specifications just yet, but we do know that it will be powered by a Snapdragon 8+ Gen 1 SoC and include a 4,730 mAh battery with support for 80W wired and 50W wireless charging. The X Fold+, as reported by AnTuTu, would include a 120Hz display, 12GB of RAM, and 512GB of storage.

With the exception of a new processor, larger battery, improved wired charging, and a different finish, the vivo X Fold+ should be functionally identical to the X Fold. When we get closer to the September 26 event, vivo may provide further details.