Xiaomi announced yesterday that the Redmi Note 11 series will be unveiled on October 28. The Note 11 won’t have a punch-hole display or a triple camera system on the back, according to the company’s images shared on social media. New official teaser images have surfaced, giving us a better look at the Note 11 in the Misty Forest color.

The smartphone has leveled corners and a USB-C port on the bottom, which is also home to a speaker and mic. In addition to the IR blaster and JBL-tuned speaker, the phone has a 3.5mm headphone jack on the top.

The power button appears to have a fingerprint reader embedded for biometric authentication on the right-side frame.

Xiaomi claims the Note 11 is 8.34mm thick, but the company is largely silent on the rest of the device’s specifications, including its weight. However, with just a week until the announcement, you can expect Xiaomi to continue teasing the Note 11 series with new images and videos.

Check out the images: 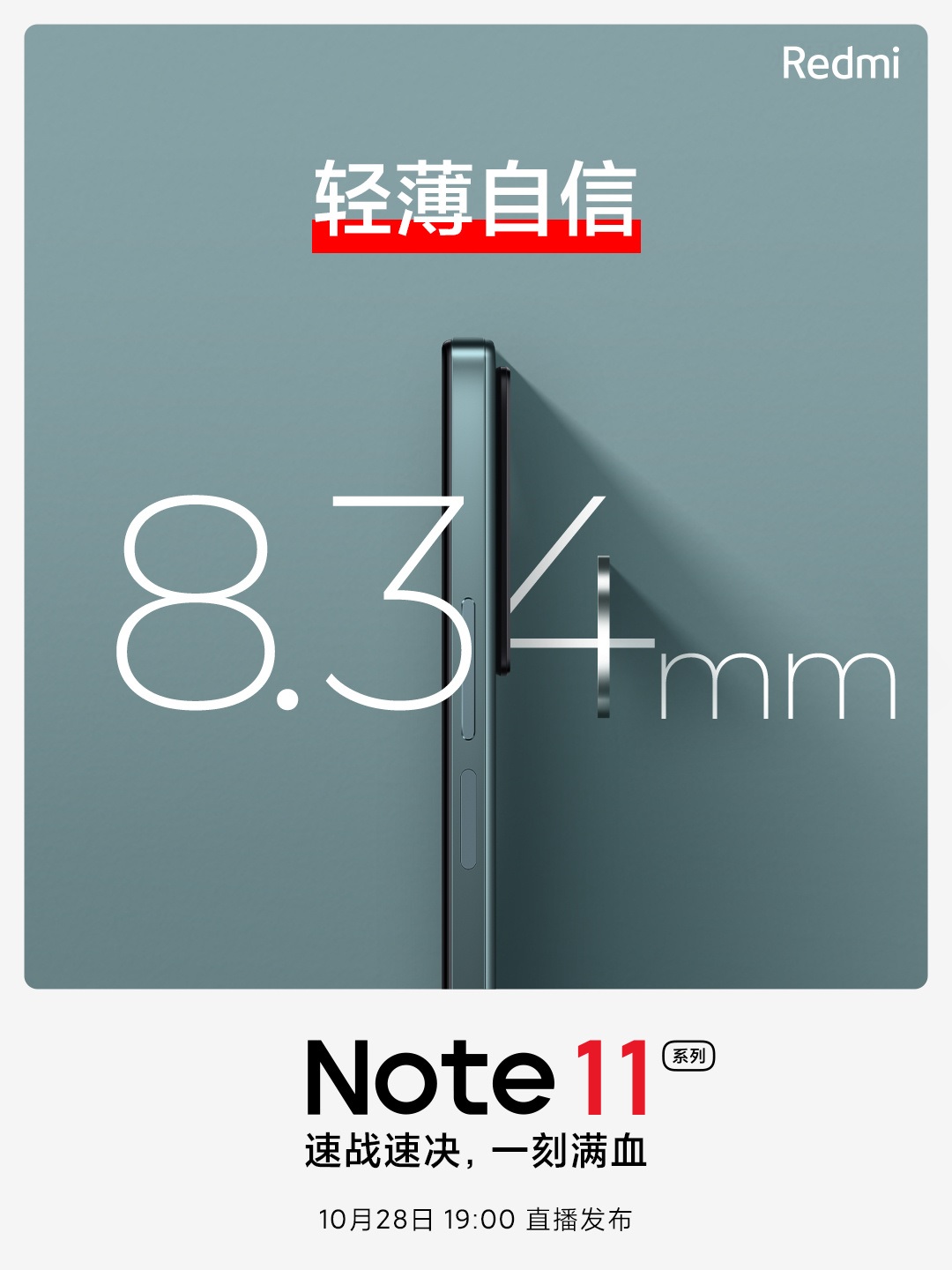