The Galaxy Z Flip3 and Galaxy Watch4 series now have Bespoke customization options thanks to Samsung’s Unpacked Part 2 event. On the subject of design, Samsung has announced a limited-edition partnership with French-Japanese electronic music and fashion label Maison Kitsuné for the Galaxy Watch4 and Galaxy Bud2.

A 40mm Bluetooth-only version of the Galaxy Watch4 Kitsuné Edition features the fashion house’s signature Fox logo on the Moonrock Beige watch strap and also includes a second Stardust Gray color strap with the brand’s name spelled out. Kitsuné watch faces also give the user interface a facelift. Except for the One UI Watch 3 interface, everything else about the Galaxy Watch 4 is identical to the regular model.

They come in the same Moonrock Beige color as the limited-edition Galaxy Watch4 and have a part of the Fox mascot on each of the Galaxy Buds2 Maison Kitsuné Edition. There is a Stardust Gray leather case for the charging cable, but other than that, it’s the same as the regular version in terms of sound and features.

Both come with an NFC card in the box, allowing you to customize your Samsung Galaxy smartphone with a special Maison Kitsuné theme. Users can access a music playlist created in conjunction with Samsung and Kitsuné.

Check out the Images Below: 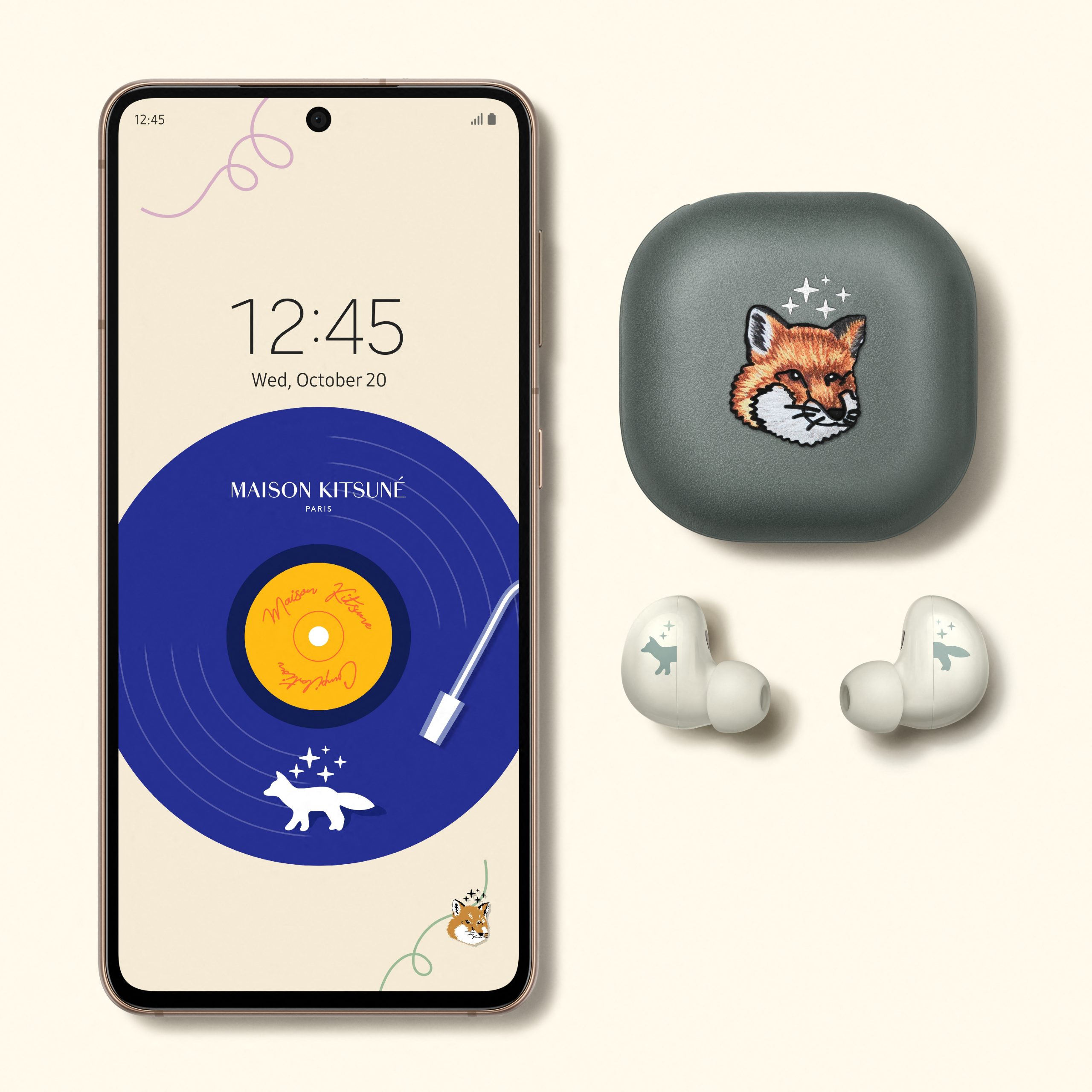