According to Bloomberg, the Indian government wants to prevent Chinese smartphone manufacturers from selling devices priced under INR 12,000 ($150/€147).

Xiaomi, Realme, and Transsion will be the most adversely affected, as they sell the majority of India’s sub-$150 handsets. India’s smartphone sales volume for the quarter ending June 2022 was a third of this price range, according to Counterpoint, with Chinese manufacturers accounting for up to 80 percent of those deliveries.

For domestic businesses like Lava and Micromax to regain market share, Chinese companies are prohibited from selling smartphones in India’s sub-$150 segment.

Indian smartphone sales were included by sales from both firms for less than 50 percent of the country’s total smartphone sales before they were undercut by Chinese brands, which offered superior features at lower rates and eventually dominated the world’s second-largest smartphone market. There were just five smartphone brands in India through Q2 2022 that weren’t owned by a Chinese company: Xiaomi, Samsung, vivo, Realme, and Oppo. 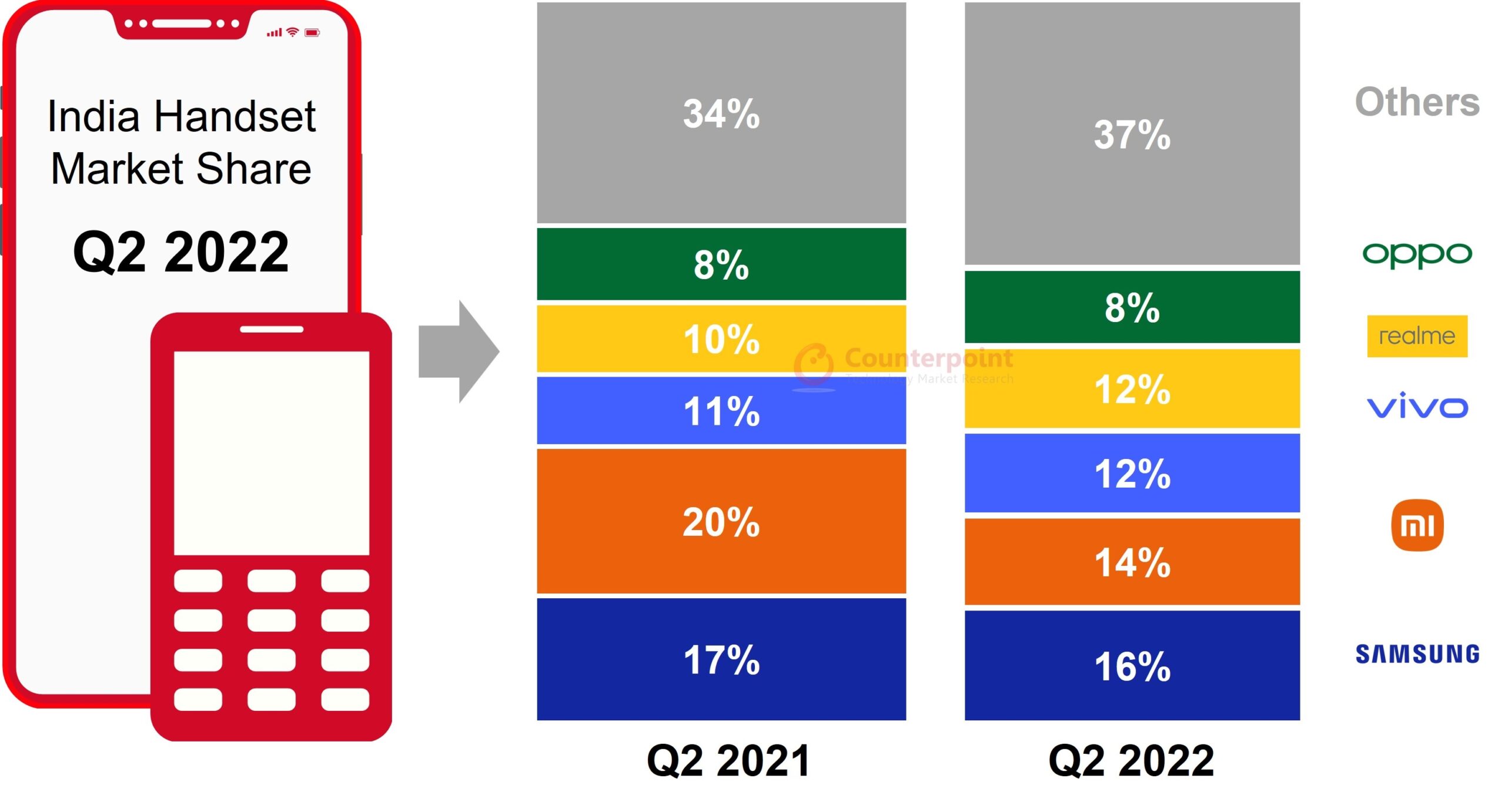 Indian authorities have yet to comment on this event but it coincides with an investigation into illegal business practices in India by the country’s government of Chinese smartphone firms such as Oppo, Xiaomi, and Vivo.

It wasn’t until two years ago that India’s government banned hundreds of Chinese apps and games, including PUBG, from the Indian market because of heightened tensions between India and China.

This month, Airtel will begin deploying its 5G network across India