As of right now, Apple’s mobile operating systems iOS 15.2.1 and iPadOS 15.2.1 are both available for download. This is a bug fixer, as the minor versioning increment suggests, but it’s a hefty 970MB download, which is odd considering the changelog is incredibly short, noting that the update contains bug fixes including “Messages may not load photos sent using an iCloud Link” and “Third-party CarPlay apps may not respond to input.”.. 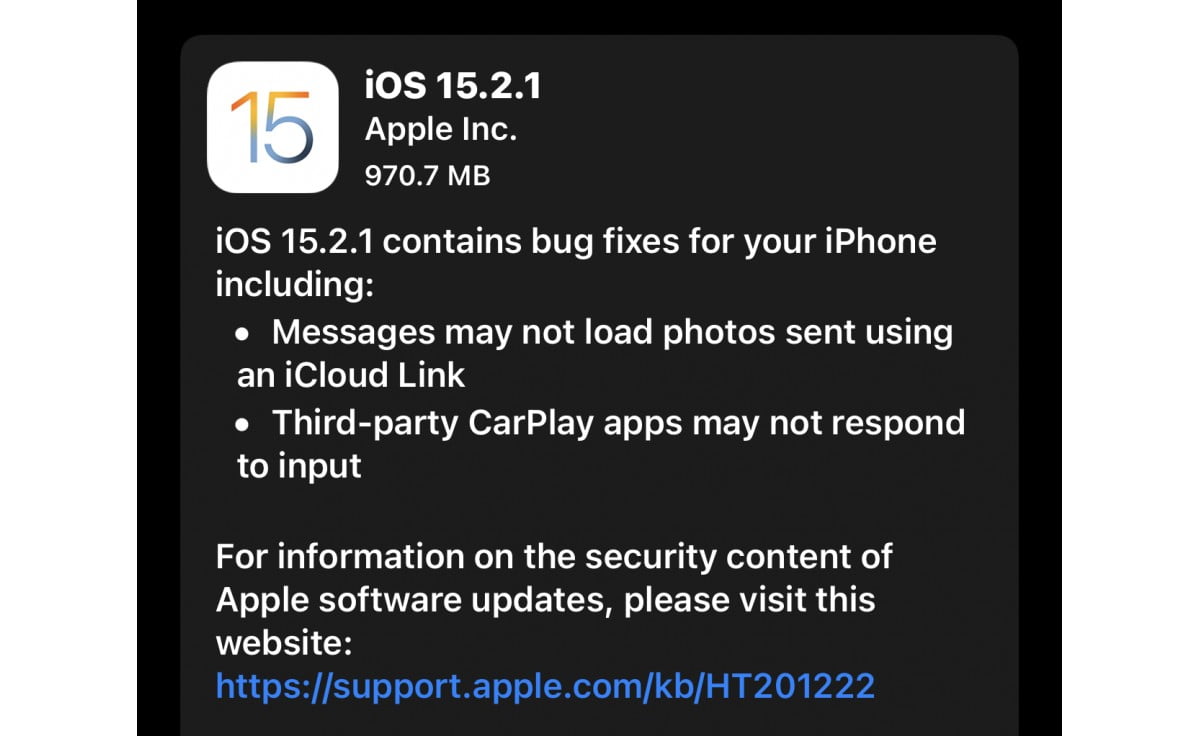 As far as we know, that’s all Apple has said about this new version. CarPlay users may be affected by the second flaw stated, as it has already been noted in online forums. You may also want to consider updating to the current version of Apple’s software if you’re experiencing issues with Messages, which may be pretty frustrating.

All supported iPhones and iPads should already have it in Settings. There is a good chance you have already heard about it.

According to a fresh claim, the iPhone 14 Pro will sport a 48MP camera system