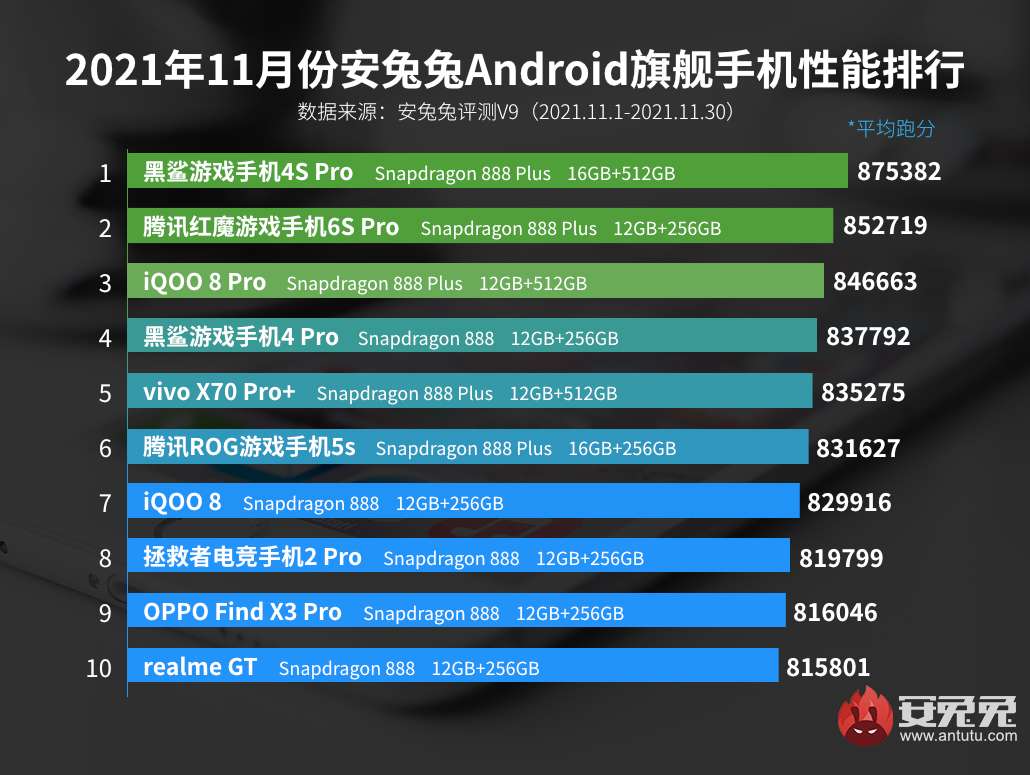 AnTuTu’s Android power rankings for November have been released, and as expected, the top tier is dominated by Snapdragon 888 Plus devices, with a few vanilla 888s thrown in for good measure.. From November 1st to the 30th, only phones that have run more than 1000 times are considered. The number below is not the highest, but rather the average.

Once again, Xiaomi’s Black Shark 4S Pro is in the driver’s seat. 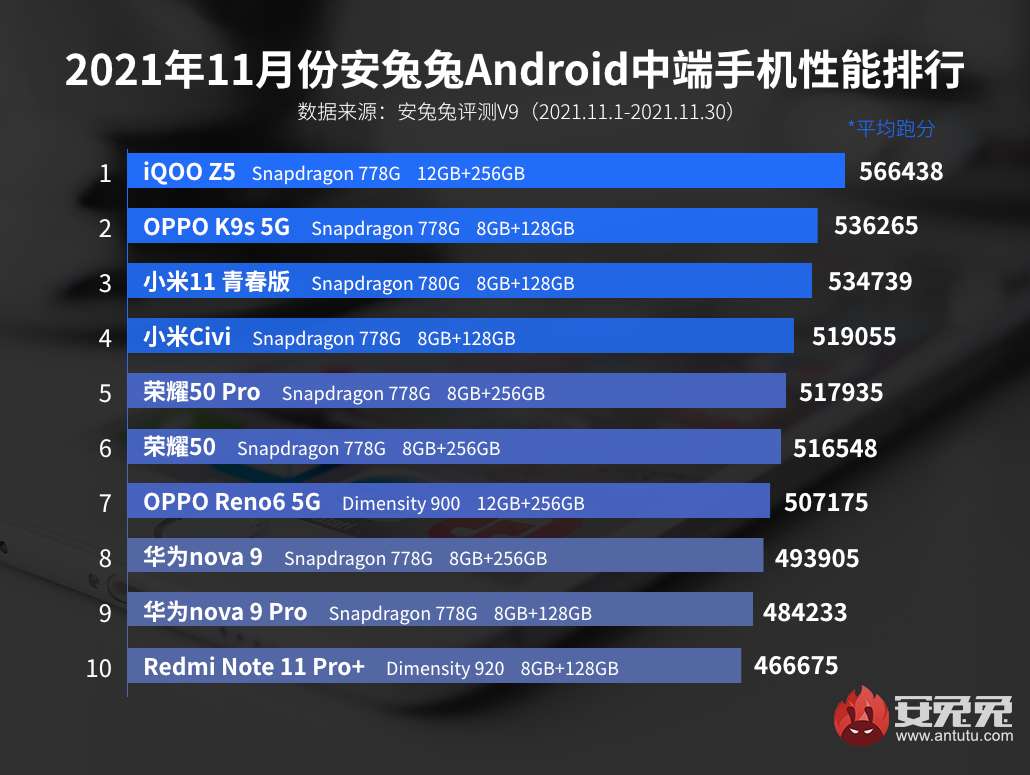