An Official Poster for the Realme GT Neo2T Reveals its Design

According to a Weibo post, the Realme GT Neo2T, which will go on sale on October 19, has been revealed in a new official poster.

Specifically, we’re looking at the Glaze White colour model, which, according to the manufacturer’s description, is “whiter than jade, brighter than mirror, and thinner than paper.” It also has a 7-layer nano-level optical coating on the back panel. 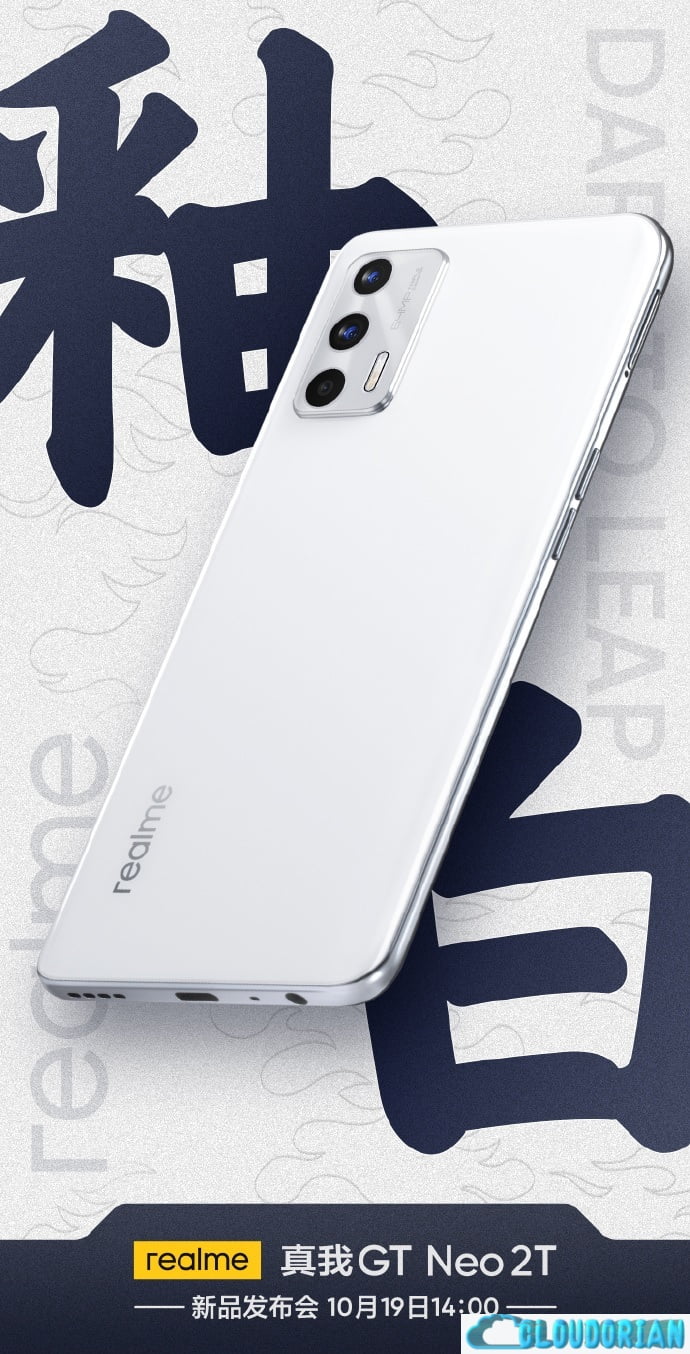 The image also displays the GT Neo2T’s back cover, which houses a 64MP triple camera and a SIM card slot on the left side. 3.5mm headphones are located below the USB-C port. There’s also an earpiece speaker grille and microphone.

Realme hasn’t released any specs of the GT Neo2T yet, but with the launch event still a week away, you can anticipate the phone maker to confirm a couple of the GT Neo2T’s features in the lead-up to the formal announcement.

A 5,000 mAh battery and a 50MP camera are both included in the Realme Narzo 50A Prime