While Oppo has been working on under-display cameras since late 2019, the company has yet to release a smartphone that can be purchased by the general public.

There is a new patent from WIPO (World Intellectual Property Organization) for an unannounced device with an ultra-wide camera and a small screen next to the primary camera arrangement on the back. 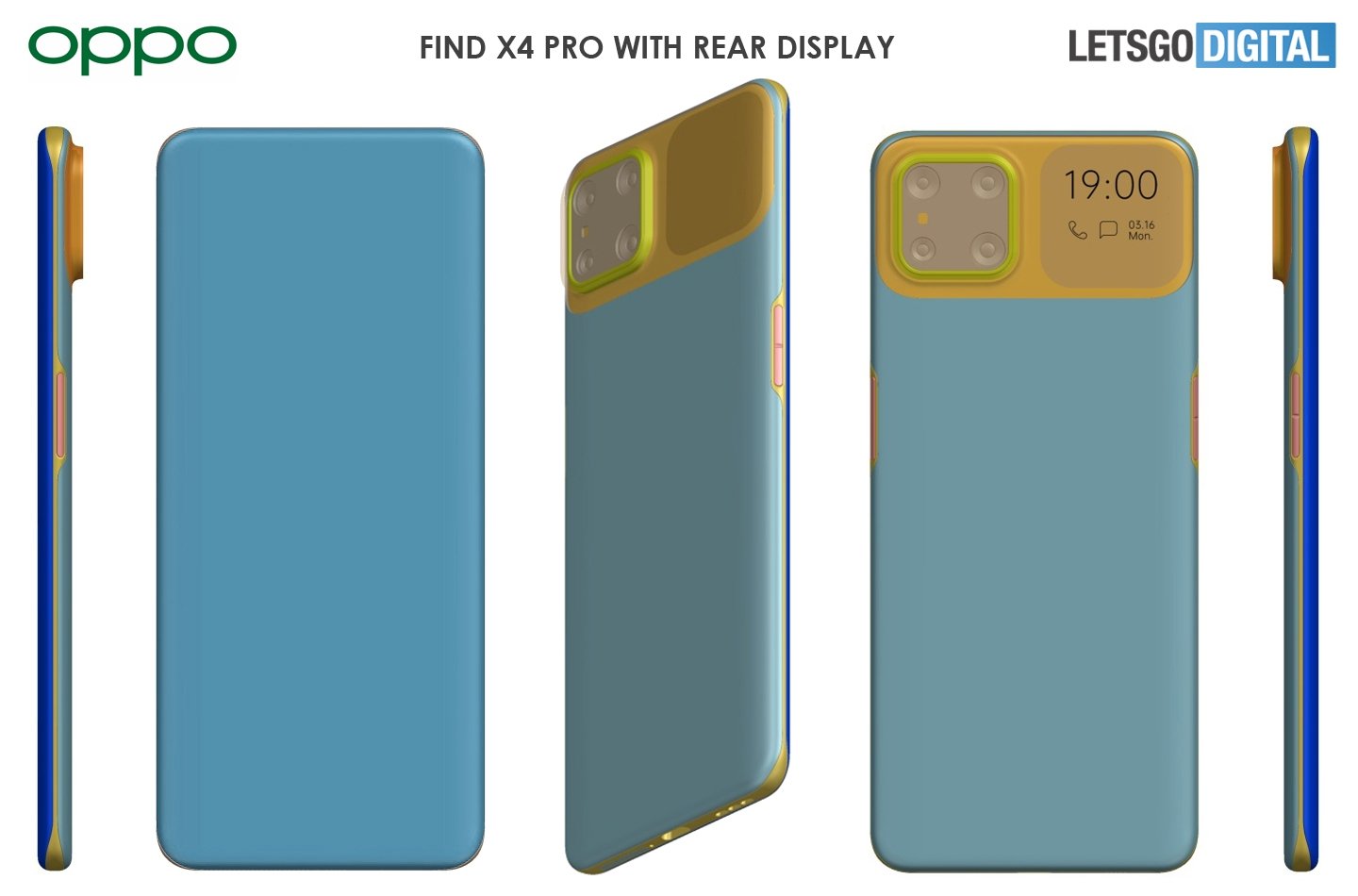 It is only now that the patent has been granted global protection by CNIPA (the Chinese National Intellectual Property Association). Having been acquired by LetsGoDigital, the patent also indicates that the screen is curved on all four sides and that the camera island on the back is square, with four shooters tucked away inside.

Most likely, the second screen is there to assist with self-portraits and notifications. The Meizu 7 Pro series and the Mi 11 Ultra both have a screen near to the cameras, allowing them to take selfies with the main camera.