Huawei has scheduled an event for November 17 to unveil a number of new smart products, including a Watch GT Runner. Afterwards, the company revealed a new Matebook E – an all-in-one hybrid with a detachable keyboard that will be on display.

Since the launch of a two-in-one device with the Snapdragon 850 processor in 2019, the Matebook E series has not been updated (essentially a Snapdragon 845 for tablets). The Start menu in the center of the taskbar suggests that the upcoming product will run Windows 11 out of the box. 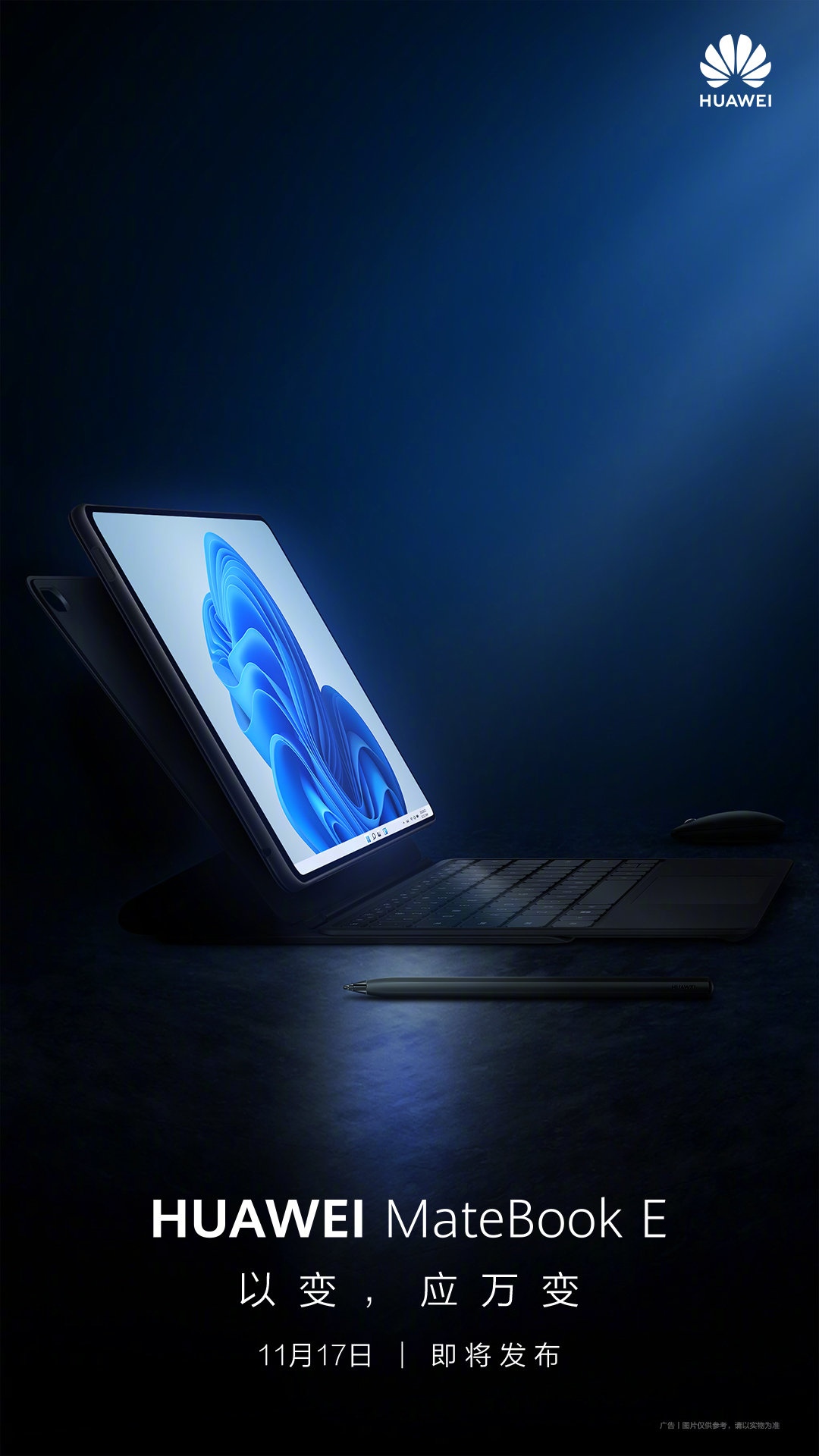 Image also revealed the thinnest ever bezels on a Matebook E, while the sides will have a slightly curved shape. According to the renders, a fingerprint scanner can be found on the upper left-hand side of the device, and it will be compatible with Huawei’s new M Pencil.