There has been some speculation that the next Samsung Galaxy S22 Ultra may come equipped with a Super Clear lens for its primary 108-megapixel camera. In the stolen image, the Korean company’s latest technology advancement is not described, but it doesn’t appear to be difficult to decipher. 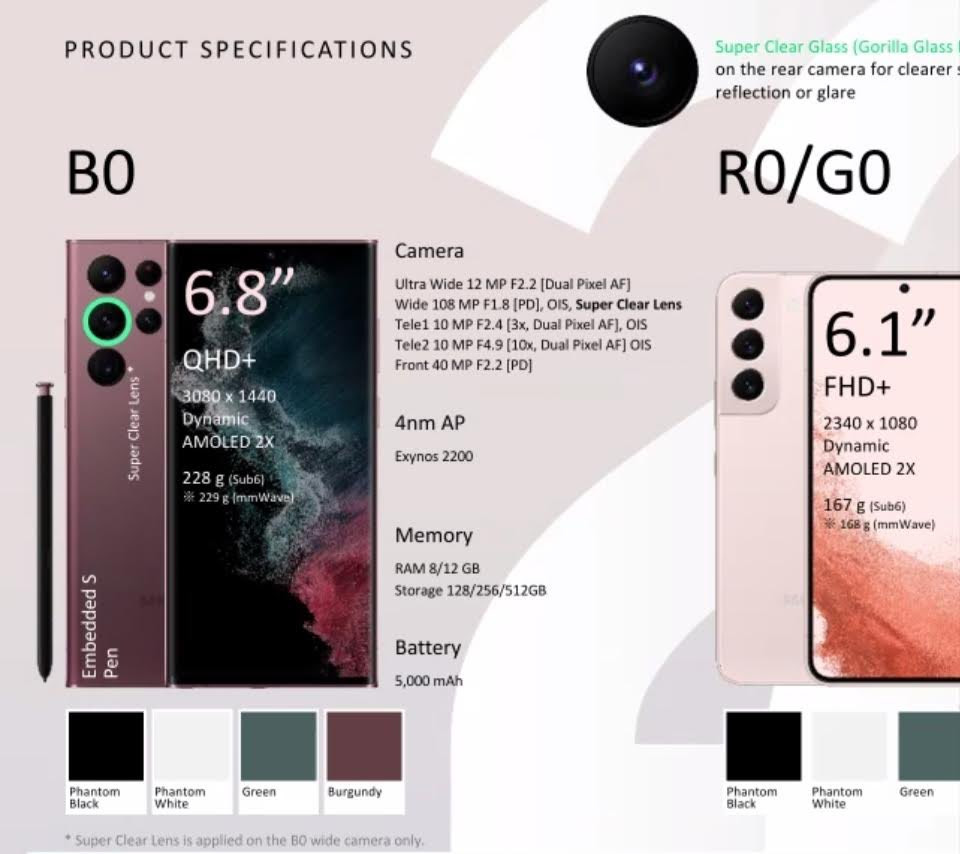 Reduced reflections and increased resolution are expected from the lens’s improved design. Zeiss’ T* lens coating, seen on the vivo X70 series and other devices, is very likely to be used.

There’s also confirmation of color options, size, and camera specifications for the S22 Ultra from the screenshot.

The Tizen app store has been shut down by Samsung