The Dimensity 1200 will Power the Realme GT Neo2T, Which was Unveiled in Black

Realme posted a graphic of the GT Neo2T yesterday, showcasing its appearance and confirming the presence of a 64MP triple camera at the back. The GT Neo2T was first spotted in Glaze White, but a black version was also teased on Weibo.

A matte surface and anti-fingerprint properties are claimed by Realme for the black colour variant’s rear panel as well. In addition, we can see the GT Neo2T’s right-side frame, which houses the power button. As there isn’t an inbuilt fingerprint scanner, we can assume it’s under the screen somewhere. 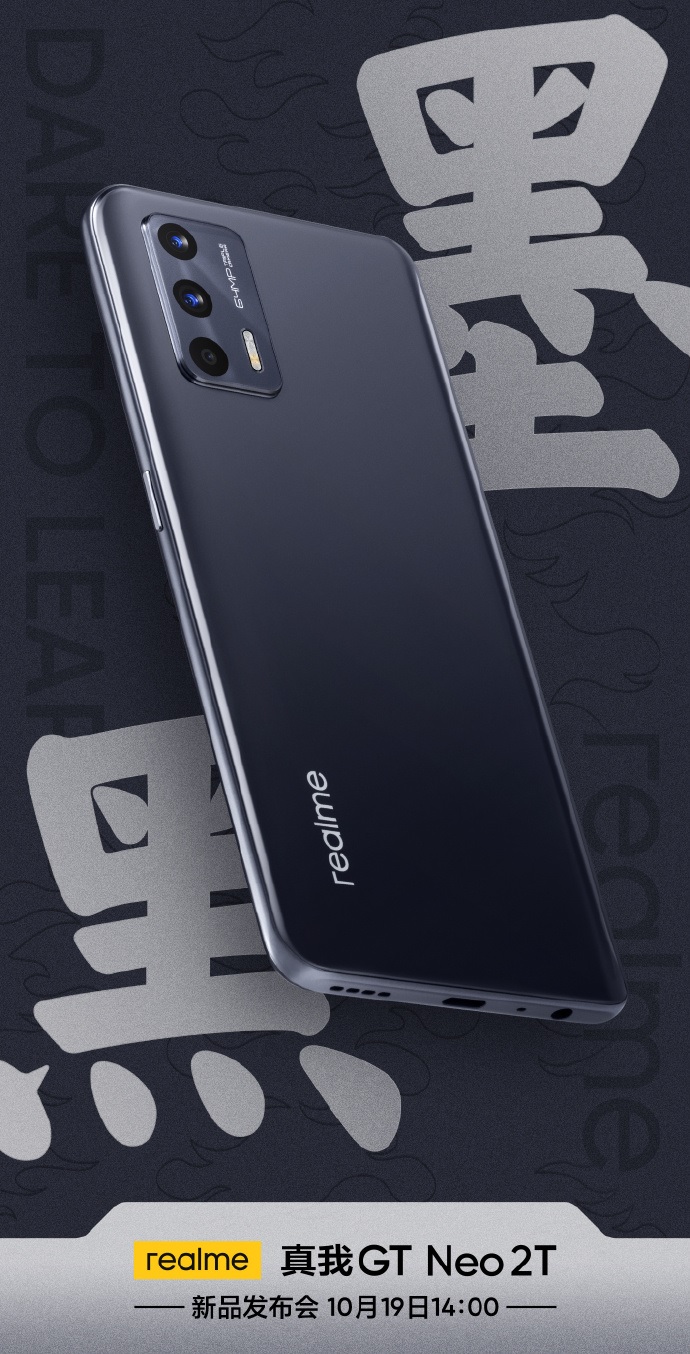 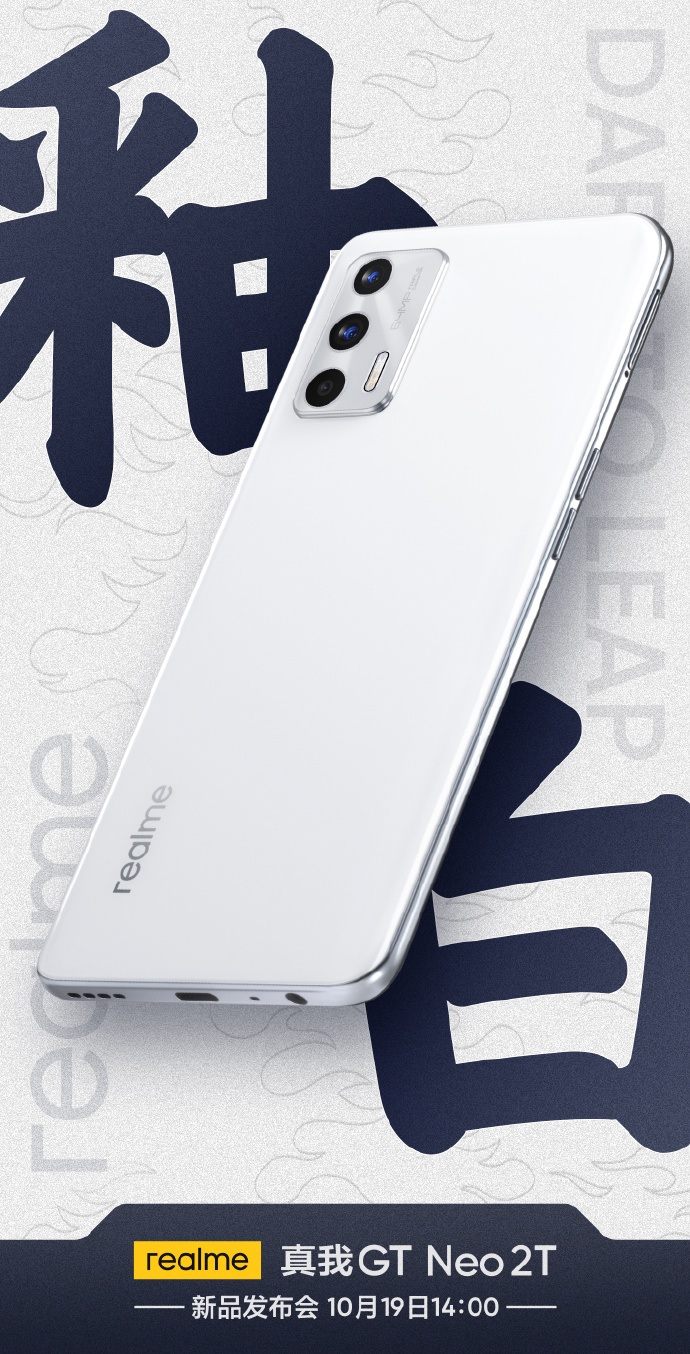 Additionally, Realme showed off a black-colored variant of the GT Neo2T, revealing a Dimensity 1200 SoC – the same chip that powers the GT Neo, which was released in March in China and is sold there as the X7 Max 5G.

There aren’t any further details about the GT Neo2T from Realme just yet, but that should change in the days building up to its October 19 launch event.