EMUI is still on Huawei’s international phones while HarmonyOS is on the Chinese ones. As the company just announced the list of devices getting EMUI 12 starting in H1 2022, it appears they will continue to do so for some time.

Even though Huawei hasn’t said what version of Android EMUI 12 is built on, the recently released Nova 9 suggests that we can safely assume that it’s Android 11 or higher. Here is the complete and final list.

On December 1st, Honor will Launch the Honor 60 Series 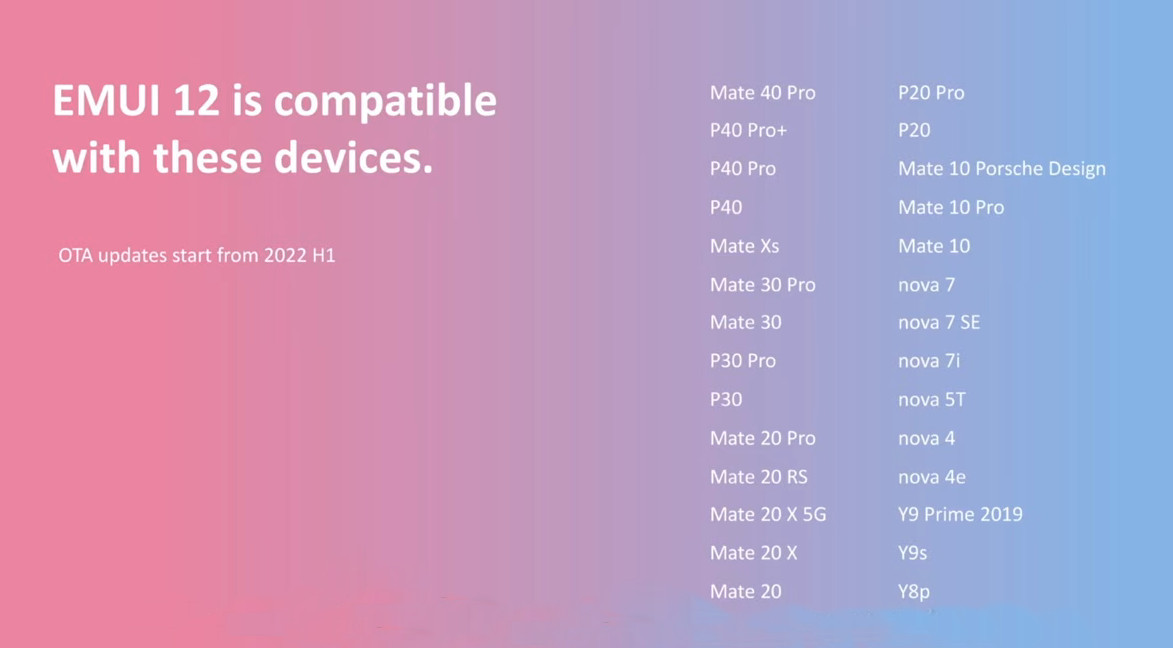 In the near future, users of the Huawei Mate and P series phones will be able to download a beta version of the software.

Google is Developing a New Iteration of Its Tensor Processing Unit

It Was Revealed that JioPhone Next will Cost INR 1,999 When Purchased in Installments