A New Realme Smartphone, the narzo 50A and 50i, are Unveiled

Once again, Realme held a launch event for the Narzo 50 series as well as the realme Band 2 and 32-inch Smart TV Neo, which made their Indian debuts. There are two phones in the narzo 50 series, both with 6.5-inch HD+ LCDs and a waterdrop notch, but they use different chipsets and have different rear cameras, as well as a battery difference that favours the 50A.

With 4GB of RAM and storage ranging from 64GB to 128GB, the Narzo 50A has a MediaTek Helio G85 CPU and can be further expanded with microSD cards. The back of the phone has a two-tone ridged and matte appearance, and a large camera island housing a 50MP primary camera using Samsung’s JN1 sensor combined with a 2MP macro camera and a 2MP portrait lens. The front-facing camera has an 8MP sensor. 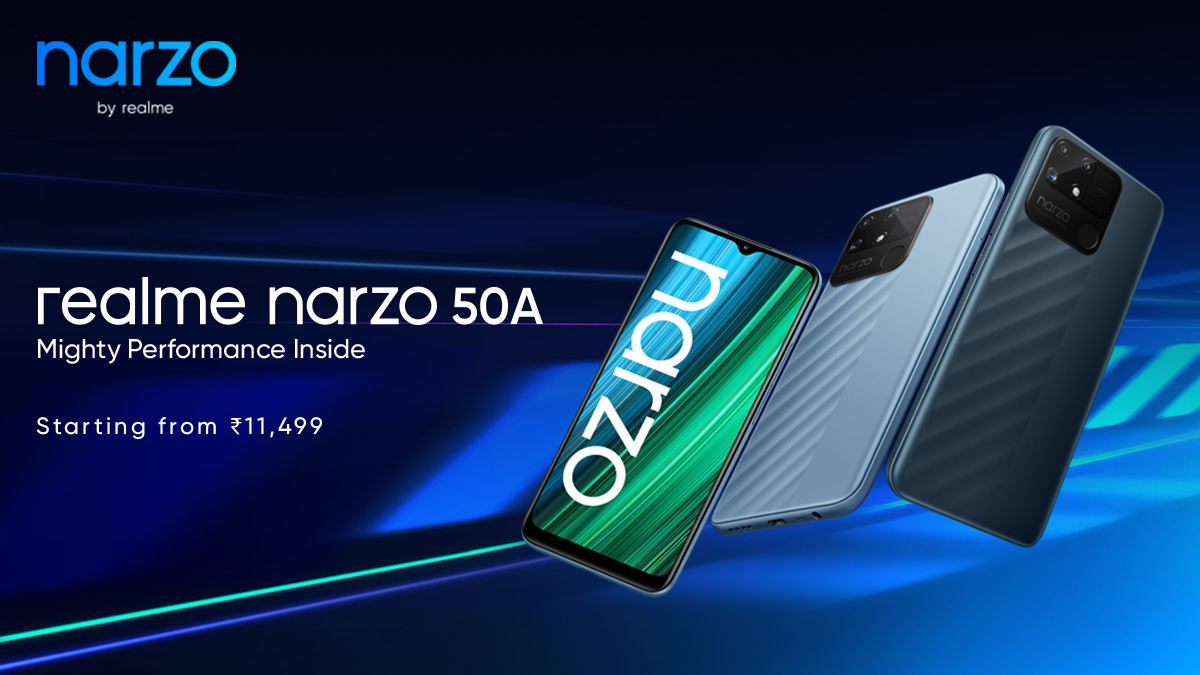 Battery capacity is generous at 6,000mAh, which is charged at up to 18W through USB-C. Reverse charging through USB is also possible with this phone. Realme UI 2.0 runs on top of Android 11 on the Narzo 50A. There’s also a fingerprint scanner positioned on the back and a headphone jack.

In India, sales of the Realme 9i will commence on January 22

It has a Unisoc SC9863A SoC processor, 2/4GB of RAM, and 32/64GB of internal storage. In order to run realme UI Go Edition on Android 11, the smartphone launches into Android v11. It has an 8MP main camera and a 5MP front-facing camera. A 5,000mAh battery with microUSB charging is the highlight of the battery sector.

Besides the new narzo 50 series, Realme also released to the Indian market its Band 2 fitness tracker and smart TV Neo 2. It was already revealed in Malaysia earlier this month that the smart band will go on sale there on Monday, September 27 for INR 2,999 ($40). For more information about its features and specs, see this page.

There are seven display modes on the Smart TV Neo 32″, as well as the Chroma Boost Picture Engine and Android TV 9.0 with built-in Chromecast. Dolby Audio is supported by two 10W speakers, and the processor is a MediaTek quad-core chip with 1GB of RAM and 8GB of onboard storage. The price of the 32-inch Smart TV Neo is INR 14,999 (about US$203). The 3rd of October is when the first orders will be accepted.